along with their percussion section led by Ernie Cervantes. 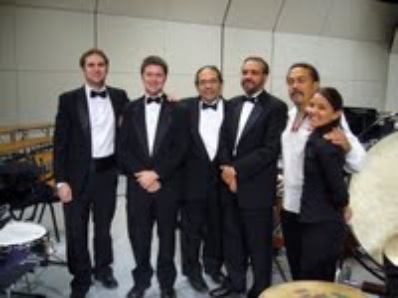 Music written specifically for indigenous instruments of Mexico and symphony orchestra.
Unfortunately, the score also lists alternate Western instruments, which most
orchestras use instead of the actual instruments it was written for.

Jerome Kleinsasser of the BAKERSFIELD SYMPHONY ORCHESTRA, did some internet research,
found MEXIKA on the internet and called at first just to inquire about renting instruments for
the performance. Martin Espino informed him of my western classical background and I was
invited to perform with the orchestra at the academic decathlon, which was attended by some
2,500 students and parents.

Jerome also asked if I would give a lecture on the piece before it was performed,
since that time I have performed with the LA PHILHARMONIC and the BAJA SYMPHONY

KUDOS to Jerome Kleinsasser, conductor John Farrer and percussion principal Ernie Cervantes,
for inviting us and bringing the music to life as it was intended.
May other "classical institutions" follow suit.
PAZ
cg

FROM THE BAKERSFIELD SYMPHONY

NOTE FROM CONDUCTOR JOHN FARRER
"Thank you for your wonderful performances at the October 22 Academic Decathlon Concert.
It was a pleasure and a privilege to have you here in Bakersfield. All of us learned a lot from you.
I wish you every continued success."
Conductor John Farrer

NOTE FROM PROFESSOR JEROME S. KLEINSASSER
"I must tell you what a pleasure it was to get to know you and your passion and art.
I think I learned more than anyone these last few days. The local newspaper had some
fine color photos of some performers .... Thanks for all the counsel and advice;
I will treasure and learn from it."
Warmest regards.
Jerome S. Kleinsasser, Professor of Music
California State University, Bakersfield
Bakersfield, CA

NOTE FROM PRINCIPAL PERCUSSIONIST
ERNIE CERVANTES
"When we learned that we were going to play the Symphony #1 (Sinfonía India) by Carlos
Chavez, we spent a long time and a lot of research in vain trying to find just the right sounds.
Thanks to the beautiful instruments provided by Christopher García and Martín Espino, our
percussion section was able to play SINFONIA INDIA with a level of integrity and informed authenticity that would otherwise have been lacking. Using these wonderful instruments on this particular concert was especially exciting as hundreds of young scholars from all parts of California attended that special Academic Decathlon concert."
Ernie Cervantes
Principal Percussion
Bakersfield Symphony 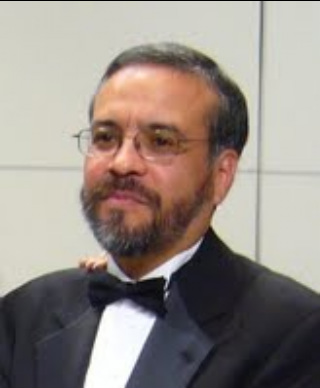