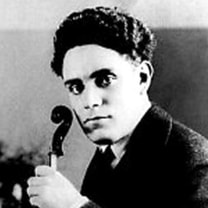 "Some musical sages are able to read
an actual determinate form into this music:
binary,
ternary,
Liedform.

It wasn't my intention.

[The music] I was talking about has multiple
shapes and no apparent coherence.

MUSIC is one of the most abstract art forms
which only exists while it is being heard
when the SOUND stops,
the RESONANCE continues with(in) each of us
whenever we wish to recall it,
any time we wish to recall it
and sometimes when we least expect it ..........

when listening to different ensemble's perform the same piece of music,
the listener will always find one version more striking than another

real MUSIC in real time
transcends sound,
transcends technique
ability
craft
and the EXPERIENCE of the composer and the performer

goes beyond the conception,
beyond the rehearsals,
beyond the stage
beyond the page
and quite obviously,
​beyond the music stand
straight to the audience heart, ears,  and eyes

where composer,
performer and audience experience every note

anything less IS less 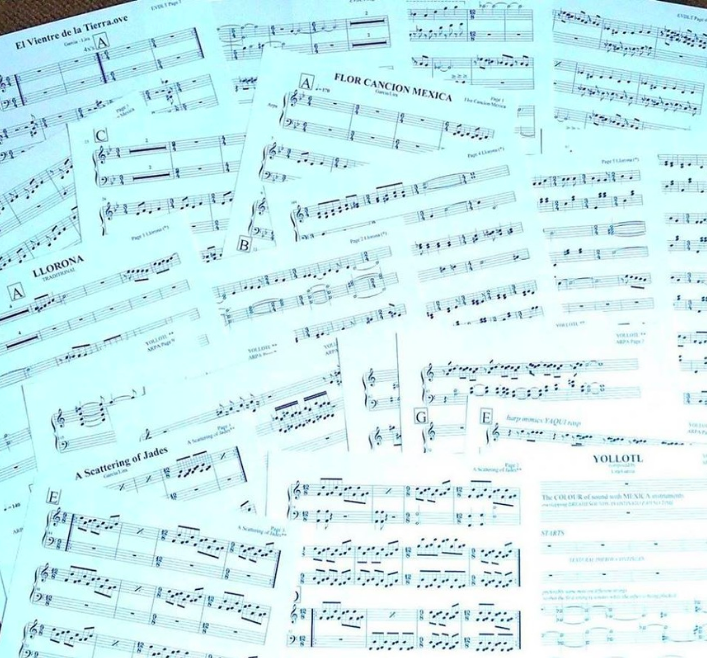 The  MUSIC composed  ​has very little to do with craftsmanship
and everything to do with trying to replicate with
MUSIC and SOUND and SILENCE
a personal experience
i.e.,
while there are many things that can be done
with and to a piece of music,
harmonically
melodically
orchestrally
rhythmically
structurally

much of the music composed
was improvised,
sung,
recorded and transcribed later
as most of what I hear  has little to do with "what works"
and more about
​painting with the colours of sound, music and SILENCE that I hear

There are always  MUSICO's  who want to participate in an ever evolving
ORGANIC environment
and willing to work and get beyond the page
and  beyond what they are able to do
and putting themselves over their heads
in order to get beyond themselves and their skills
i.e.,
as an improvising multi instrumentalist/composer for  instruments
that few performers or composers have experienced
this moment of time is an amazing opportunity
​
there are little to no templates as there is little to any music
composed for these instruments and "Western" classical instruments
which I have the privilege of composing for including
e.g.,
classical guitar
percussion
pedal harp
piano
string quartet
​violin
woodwind quintet

many times,
like a piece of marble,
and many hours of chipping away it
little is left but the dust on the floor
and dust it remains

also stay away from instruments when composing
so that the music does not "fall into them" ................
trying to capture that moment thru notation and rehearsals
with the musicians that the pieces were composed for

7 of them asked
"What are the notes of the motif?"
when they were told they said
"this will work"
and they used those notes and extensions of them to improvise

only 1 improviser walked over to his instrument,
and never asked what the notes were

he just started playing and said
"this is what I hear"


for years I arranged or orchestrated music I love and did little to no composing ........
my thought process was that there is already so much incredible music
that  my attempt to write any would never match the music I love to be immersed in

and then one day,
while driving to San Francisco to do a duo concert at
GREAT AMERICAN MUSIC HALL in San Francisco, CA
the  MUSICO I was playing wth,
guitarist Nels Cline,
who is quite prolific as a composer and improviser
asked me
"Have you been writing? "
"No", I replied

"Why  don't you write your original compositions?"
when I gave him my answer he replied
"You know what original music is don't you?"

looking back with a blank look on my face he said
"Original music is music you want to hear that you haven't heard yet!"

which totally changed my way of thinking

THE COLOURs OF SOUND

THE COLOURS OF SILENCE

similar colors
i.e.,
we breathe,
speak
and walk
at different times
at the same time
all the time
as  we are polyrhythmic beings

that is not "multi tasking"
this is
LIFE

rhythmic, melodic and harmonic permutations
are 2nd nature as I have been doing it all my life

it isn't until you write it down and show it to musicians and they
say they can't play it
that you begin to understand,
that you hear differently than most

but this is how I attempt to write what I hear

and I am deeply indebted to the MUSICOS who continue to
get together with me every day to make it as organic as possible
and put up with my "requests" to do so
as there is much more to music than starting and stopping at the same time and playing in tune...