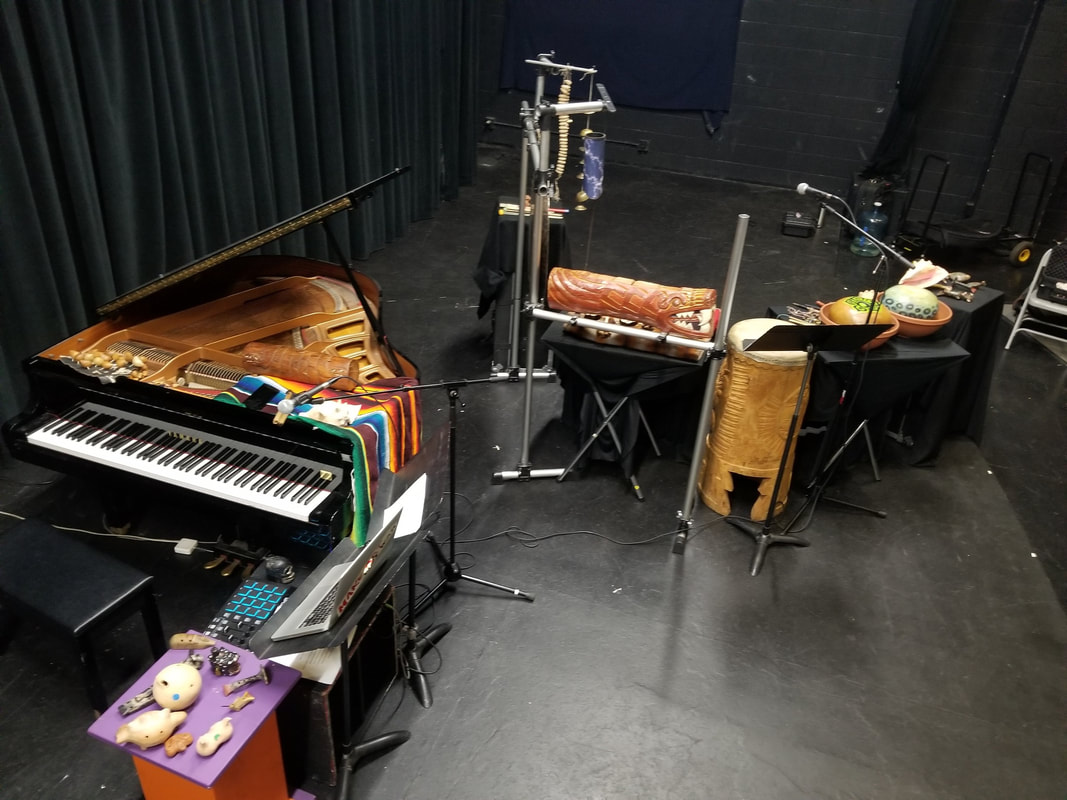 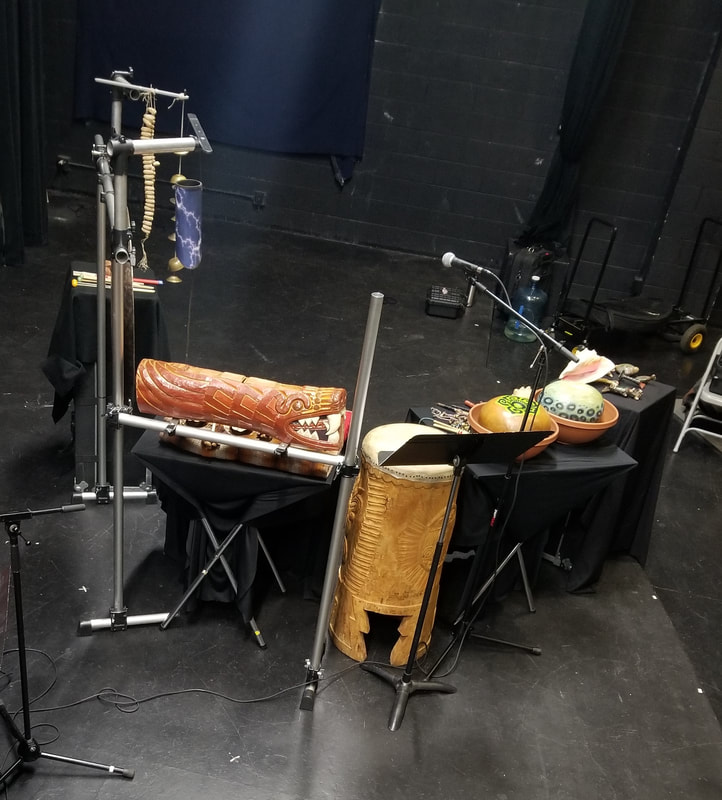 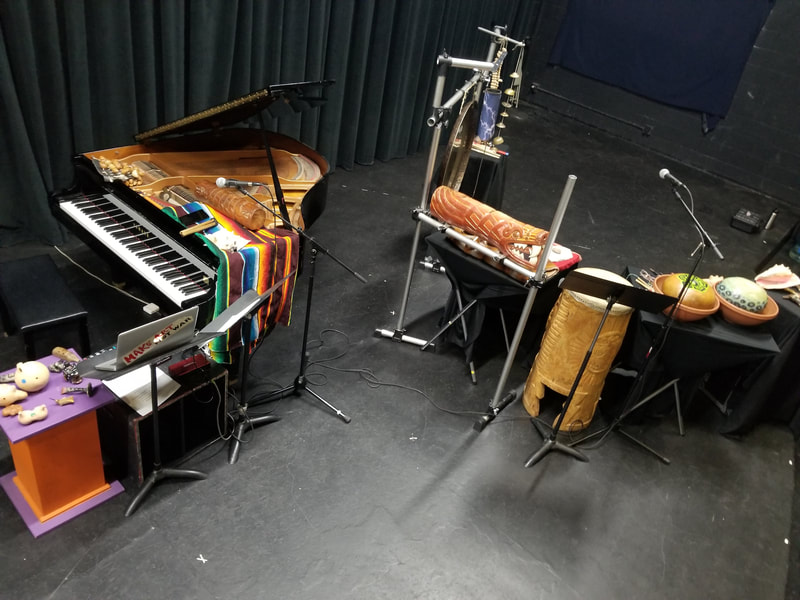 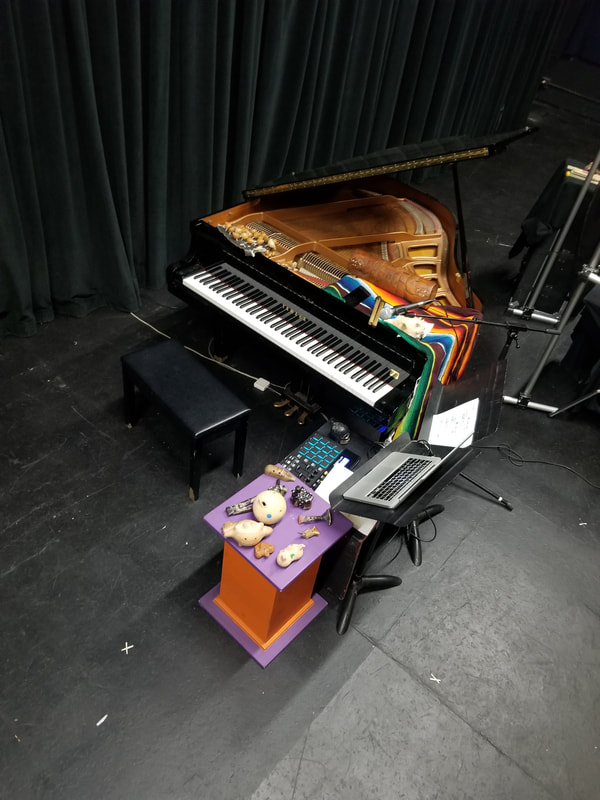 MUSIC
arranged,
composed,
and/or
improvised
for
indigenous breath and percussion,
and string instruments
of
Mesoamerica and Mexico
piano forte
and electronics
by
Christopher Garcia and Pablo Lenero Archer


RUMINATION EN LA CASA NEGRIDA
Moctezumas meditation room,
4 walls,
1 doorway
no windows,
this legendary room had been documentd
but re discovered for the first time in 2008


EHECATL
based in the Mexica Danza rhythm


YO SOY JOAQUIN
text by Rudolfo Gonzalez
composed in 1967

BIOS
​
Christopher Garcia is a multi faceted,composer, multi instrumentalist and improviser
who continues to garner popularity and critical acclaim in 28 countries on 5 continents for
his original compositions for indigenous instruments from Mesoamerica, Mexico,
and India, along with various instruments such as classical guitar,
marimba, pedal harp, percussion ensemble, piano, violin,
woodwind quintet and chamber ensembles.

García is frequently invited as a soloist in symphony and chamber
orchestras in Europe and the Americas to play instruments that are not usually
associated with the “classical music of the European tradition” including
Tlapan Huehuetl, Teponaztli, Huilacapiztli and Atecocolli from Mesoamerica,
or Tabla, of North India, Kanjira and Ghatam of South India, and/or drum set.
ATENCION SAN MIGUEL ALLENDE


Pablo Leñero Archer is a Mexican composer, pianist and conductor currently based
in Los Angeles. Through his studies of the music of Bach, Beethoven, Cage, Armengol,
Debussy and Bill Evans, Leñero explores the integration of the classical realm with
the folkloric and indigenous traditions of Mexico and the Americas.

In his music, Leñero experiments with alternative media and materials
as part of the process of music creation, such as the use of paintings
and colors as scores, as well as using the physical space as a means
of musical expression.
DISCOVERSMA.COM

MEXICO CITY, MEXICO
México Atemporal is a series of musical compositions
and improvisations that surge from an ongoing exploration
of the symbiosis between indigenous instruments
of Mexico ​and Mesoamerica, ​the pianoforte,  ​
and the electronic manipulation of sound in real time.
This unique collaboration between
Christopher Garcia and Pablo Leñero
seeks ​to intertwine the resonances of the
past and present of Mexico.
​TIEMPO LIBRE MAGAZINE
​ARTE Y CULTURA EN MEXICO


CARACAS, VENEZUELA
"When I met Christopher García as he rehearsed and played one of his pieces for ancestral
Mexican percussion instruments ….I rediscovered something I had somehow lost track
of throughout the years: a musician rooted in the rituals of magical performance.
Beyond the external aspects of power, virtuosity or any other relative term of comparison,
there was something unique coming across, akin to a religious experience, through his beats and rhythms.
Chris is definitely on the path of connecting the objects he strikes or shakes
or plays  with the deeper currents of the soul.
That's what I felt when he played;
he's not only resuscitating old instruments,
he's on a different search."
PAUL DESENNE, COMPOSER


BONN, GERMANY
"While he has devoted much of his life to learning indigenous music
Garcia also revels in playing the new and unexpected….Garcia's musical
​vocabulary not only spans centuries and cultures it's also spontaneous."
DEUTSCHE WELLE 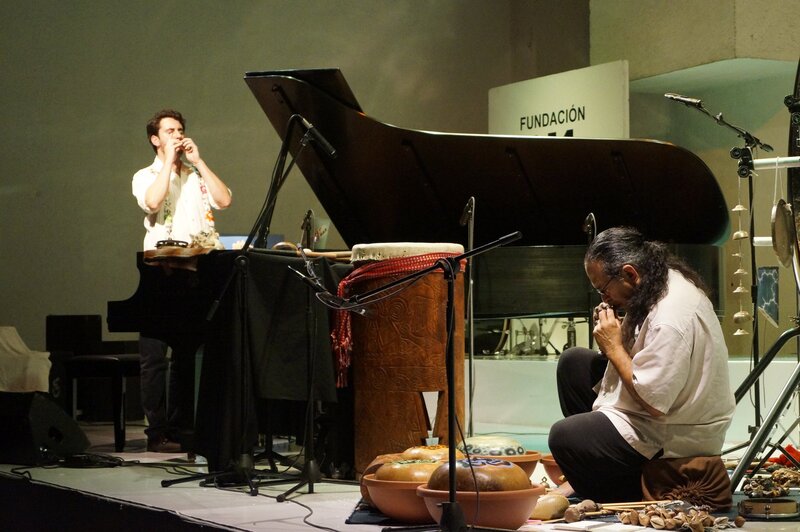 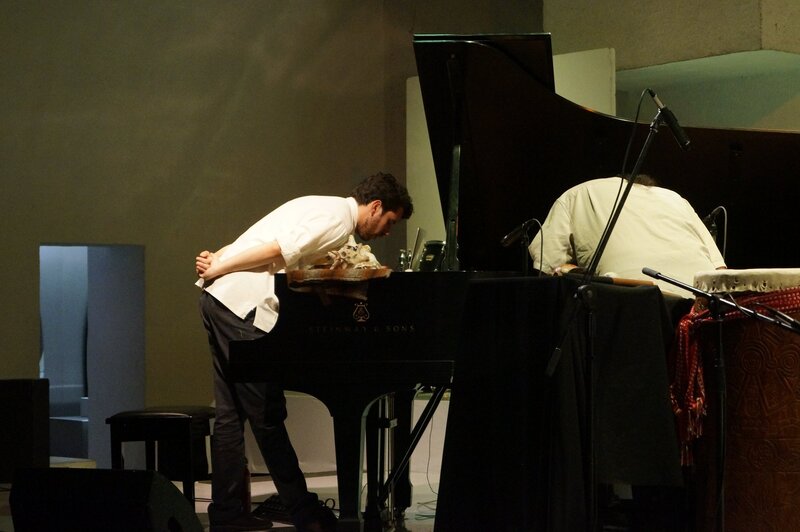 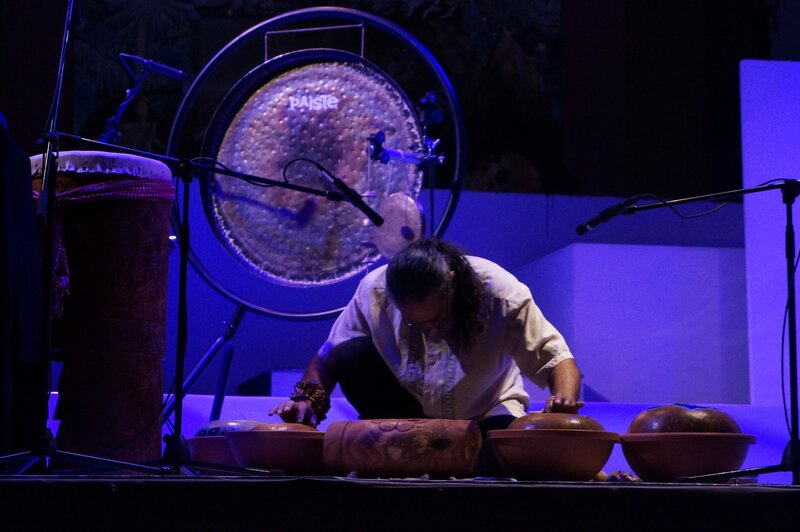 6 YOUTUBES demonstrating the instruments with
150,000 PLUS visitors so far
https://christophergarciamusic.weebly.com/indigenous-youtubes.html