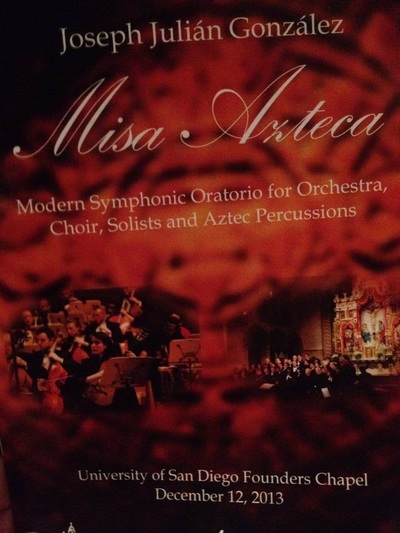 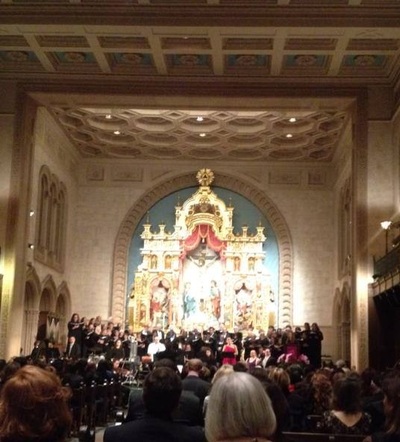 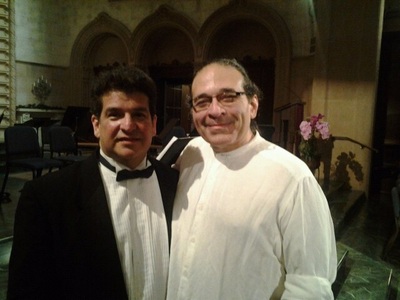 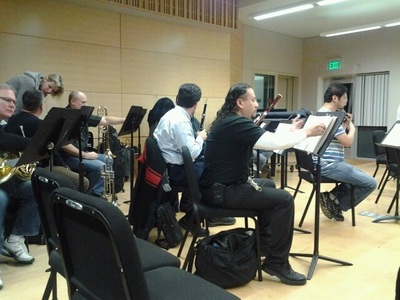 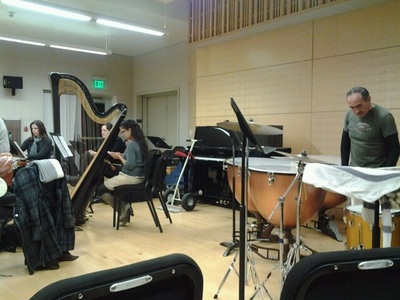 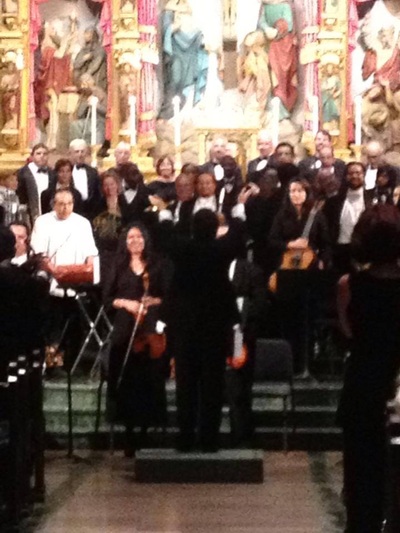 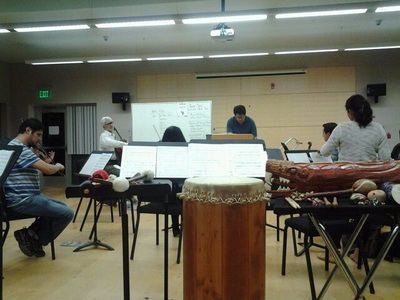 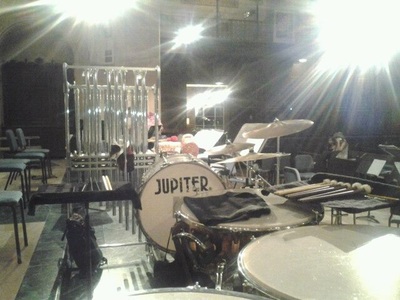 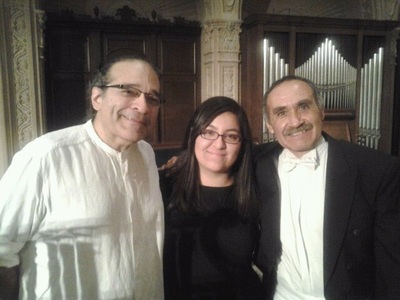 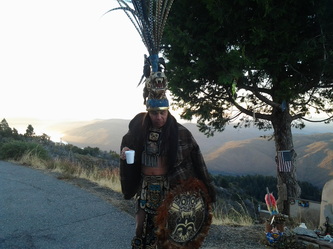 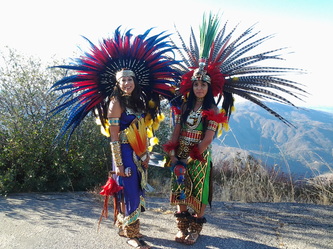 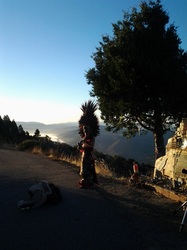 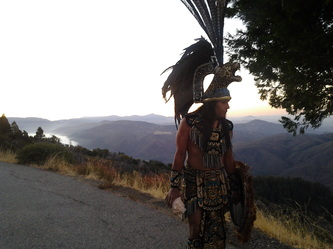 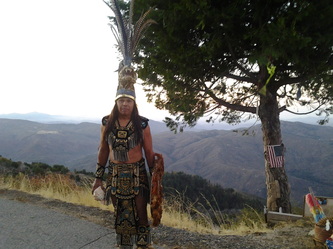 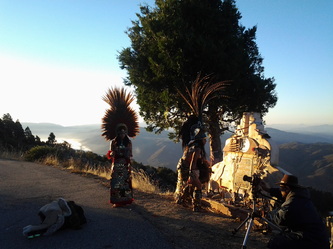 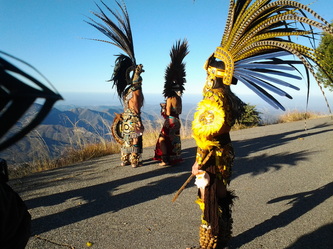 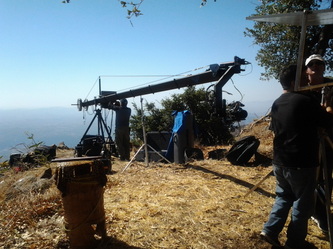 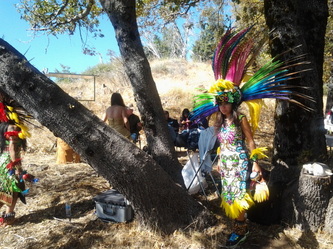 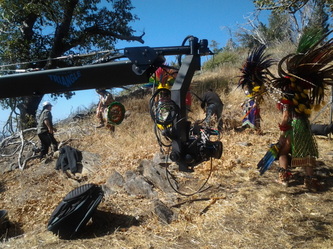 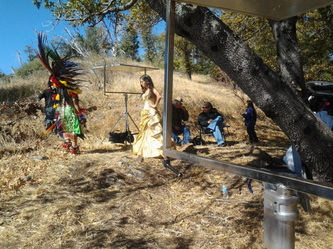 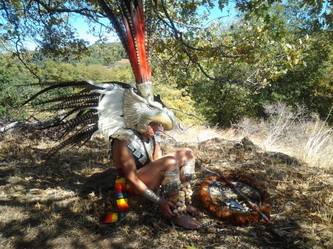 In March of 2011 I was invited by composer
Joseph Julian Gonzalez to learn and rehearse the music
for his composition
MISA AZTECA
http://www.misaazteca.com/ 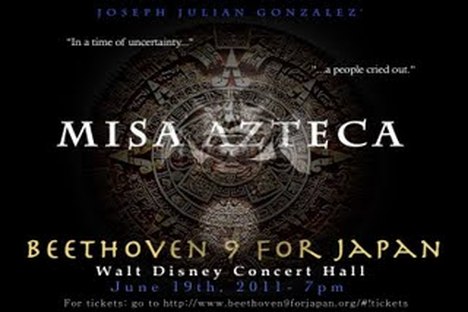 Joseph and I had already started informal rehearsals in his home, I would play huehuetl
and he would play grand piano. He filmed me playing huehuetl to get additional compositional
ideas for the piece since it would be the first time that the person playing huehuetl could read traditional western notation.
He was given the opportunity to perform 2 movements of his composition
on June 19, 2011 @ WALT DISNEY CONCERT HALL with proceeds going to earthquake
victims in Japan.
While I have had other opportunities to perform chamber music on non MEXICA instruments
this was another opportunity to perform on a percussion instrument of my culture and heritage,
an opportunity that very rarely comes along.
*/**see below for additional info
Joseph originally wanted one musician to play huehuetl and sound effects for the performance
e.g., rain sticks, bird calls etc., but I suggested that Martin Espino also be included to join us at
the performance as well.

Based on the percussion rhythms of MEXICA “danzantes”,
the piece aims to challenge our concepts
of classical music, language, art, and religion.
Utilizing verses from the Latin High Mass and poems
from the Codex “Cantares Mexicanos,”

Misa Azteca puts to song and orchestra the Aztec’s fear of death,
the brevity of life and the impending doom of the prophesized return of Quetzalcoatl.