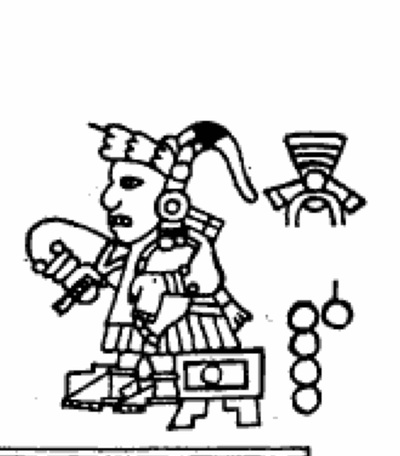 1 - MUSIC IN MEXICO: A HISTORICAL SURVEY (1)
it is very difficult to find in any library

In researching Stevenson's sources listed in his bibliography on the internet,
he included articles, books and pamphlets which are now long out of print but available on the internet

I found the following articles written in 1898
PRE-COLUMBIAN MUSICAL INSTRUMENTS IN AMERICA
by Edward S. Morse
http://en.wikisource.org/wiki/Popular_Science_Monthly/Volume_54/March_1899/Fragments_of_Science
who agreed with American Archaeologist
Marshall Howard Saville - (1867 - 1935)
Author of
A PRIMITIVE MAYA MUSICAL INSTRUMENT
https://archive.org/details/jstor-658368
that the image- SEE MIXTEC MUSICO #6 JPEG
is a musician, that he believes to be holding a stringed instrument
i.e. a musical bow
(the interesting thing about this MIXTEC image is that it is rarely shown with more than
four musicians at one time. Many times it is shown with only the percussionists playing
and not the "trumpet" players.

The only image I was able to find on the INTERNET in color can be seen here,
but there are black and white images with 6 MIXTEC musicians shown not 4(!)
4 MIXTEC MUSICOS

Shortly after Saville reported his findings he reported  the following
"Within a few days I have received a letter from Mrs. Zelia Nuttall*,
the eminent American paleographist,to whom we are indebted  for
the most profound researches in connection with these ancient codices.

In this letter Mrs. Nuttall refers to Sahagun's great manuscript, wherein she says :
"The native musical instruments are repeatedly enumerated. The turtle's shell figures
among them, but there is no trace of a stringed musical instrument ever having been
known or employed in ancient Mexico. (The Italics are hers.)
Mrs. Nuttall then says that the object held under the arm of the musician
which has been recognized as a musical bow is undoubtedly a turtle's shell.

In support of this view she sends me a tracing of the figure from the original manuscript
which is now in Vienna, in which the entire object under the arm of the player as well as
the forked stick is colored blue
(See MIXTEC MUSICO 6).

A photograph is also inclosed (their spelling)from another ancient Mexican manuscript
in course of publication *the American archaeologist and anthropologist ZELIA NUTTALL
http://www.aaanet.org/sections/gad/history/067nuttallobit.pdf

MORE LINKS TO CHECK OUT